I'm a bilingual journalist who investigates and exposes corruption and organized crime, especially when it impacts human rights and environmental issues. I have reported from across 10 Latin American countries with unwavering dedication to journalistic excellence. My strengths include data and policy analysis, source development, and storytelling. I create factual, compelling pieces that speak to a global audience, and bridge gaps in language and culture to build rapport and generate trust with sources and colleagues alike.

I'm a bilingual journalist who investigates and exposes corruption and organized crime, especially when it impacts human rights and the environment. A sample of my reporting across 10 Latin American countries is available below! 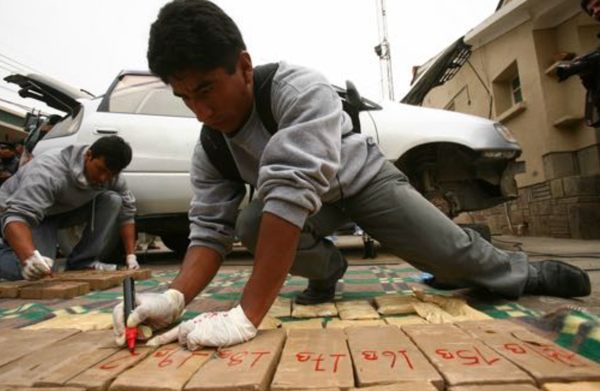 'Who Isn't Involved?': How Corruption Fuels Cocaine Trafficking in Bolivia

On a Thursday evening this past February, two Bolivian men met at a public plaza in the country’s capital, La Paz, to discuss a major cocaine sale. Though they had been texting back and forth all week, each was wary of the other. One of the men, Luis, was an emissary representing cocaine buyers in Europe; this author attended the meeting at his invitation. The other, Jorge, said he worked for a drug ring that produces and sells both “base”—cocaine in its basic chemical form—and “powder,” for immediate consumption. 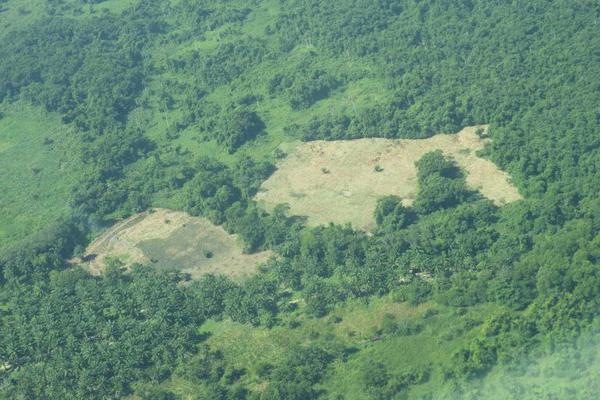 TELA, Honduras — On Feb. 6, 1995, an unidentified white pickup truck rolled up to the home of environmental activist Jeanette Kawas. It was a quiet Monday evening in the small Honduran town of Tela, which sits on the country’s northern Caribbean coast. Two men stepped out of the truck and managed to get past the front gate. They went around the side of the house to a window, where they could see Kawas sitting at the kitchen table with her assistant, Trinidad Marcial Bueno Romero, the last person 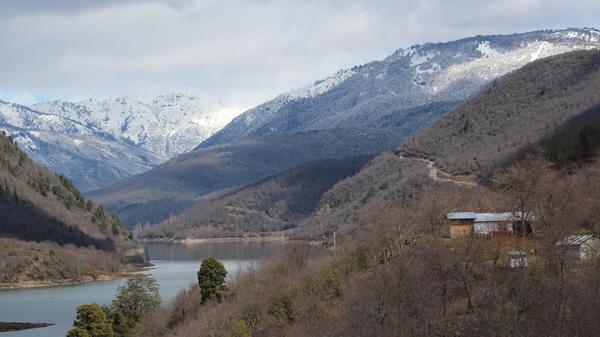 Concepción, Chile - While some of the indigenous Mapuche in Chile are picketing in the streets of Santiago for better political representation or setting fire to vehicles in the rural south to demand ancestral land reparations, the indigenous people of one community say they are still patiently waiting for the compensation they were promised a decade ago after being displaced from their homes. The Mapuche-Pehuenche live in the Andes of central Chile, along the Bio Bio River, a few hours' drive 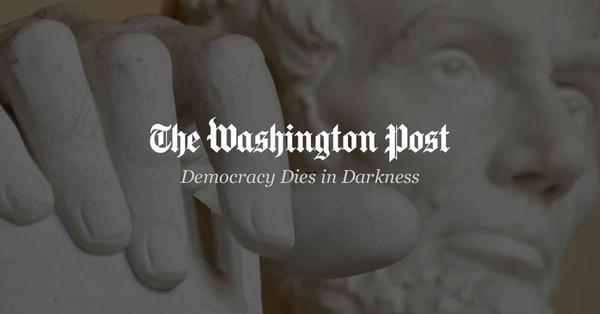 Drug production is booming in Paraguay, and so is drug violence

CURUGUATY, Paraguay — Paraguay is a global marijuana powerhouse: The small South American country produces 9 percent of the world’s supply. But until recently, it wasn’t common there to see drug raids or hear helicopters thumping overhead in search of plantations. That's all changing. Last June, Paraguay’s most prominent crime lord was killed by Brazilian gang members. He left behind a burgeoning marijuana and cocaine empire that is quickly becoming one of South America’s biggest drug-trafficki 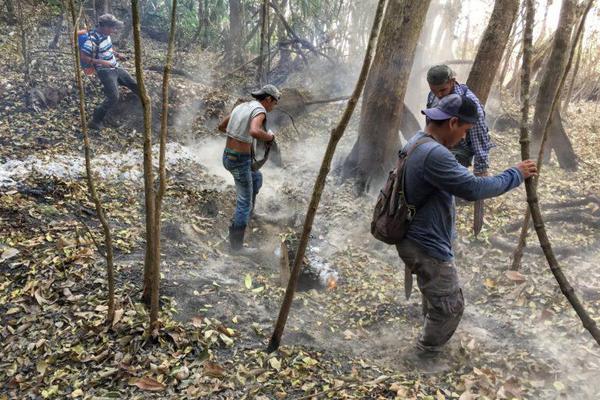 A patrol of eleven men is hiking along a rough jungle trail spotted with the blackened foliage of several small brush fires. Nearby trees, smoke-stained at their bottoms but still alive, are painted with a messy green “M” for La Mestiza, the peasant community staking a claim on the area. Authorities consider La Mestiza residents to be intruders, as their village falls within Laguna del Tigre National Park, the largest such park in Guatemala. But community members have defended what they say is 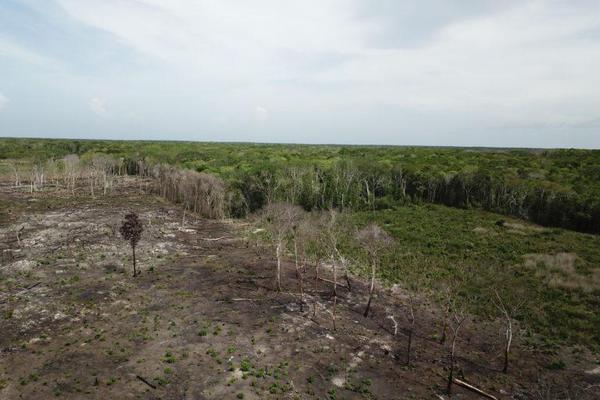 CAMPECHE, Mexico —When a fire broke out in June in the Calakmul Biosphere Reserve in southern Mexico, more than 200 volunteer firefighters and specialists were deployed to help keep it contained. Faced with limited road access and marshy terrain, the team needed nearly three days to reach the fire and start getting the flames under control. By that time, 3,087 hectares (7,628 acres) of protected jungle had been destroyed. Officials remain uncertain about the exact cause of the fire, but specula 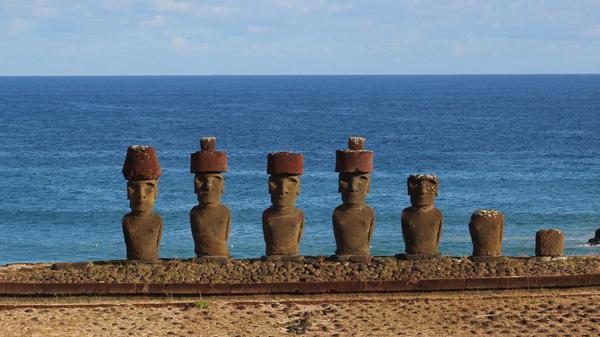 Easter Island, Chile - The Rapa Nui of Easter Island are a people of the ocean - born beside it, raised on it and fed by it. Now, debate has arisen about how best to protect it. The Pew Charitable Trusts, a Washington-based NGO, is working to create the first generation of fully protected marine parks around the world, including one surrounding Easter Island that would stop illegal fishing and protect the 140 species exclusive to its waters. But many island residents, especially the indigenous 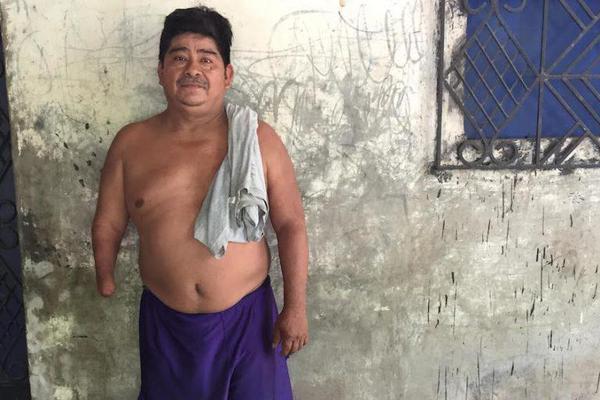 To read an interview with the man who sparked the artificial reefs of Jiquilisco Bay, see the companion piece to this article: Bringing back the fish: Q&A with a repentant blast fisherman JIQUILISCO BAY, El Salvador — With no police patrol in sight, a young fisherman named Jose Salvador Soriano kneeled into his long, narrow boat and began preparing an explosive with the power to bring in nearly an entire day’s catch. The explosive contained sulfur, benzoate, chlorate and sugar, packed into a 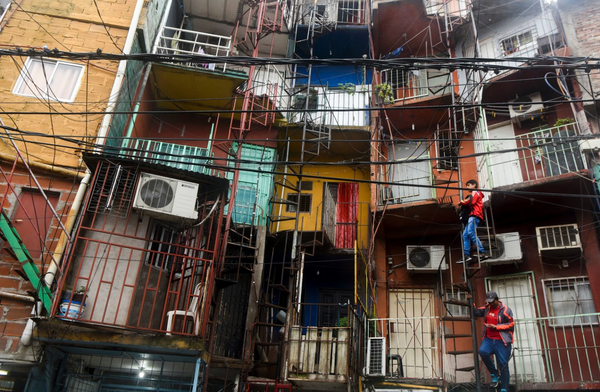 The Slums Of Buenos Aires Are Too Wet And Too Dry

Margarita Garcia has two problems: Too much water — and not enough water. And often at the same time. On a hot summer day in March, she headed home from her cleaning job and found that her street was flooded with water. The clouds had broken with more rain than her neighborhood — a slum on the southern outskirts of Buenos Aires — could handle. The water rose to her knees by the time she got to her home, the bottom floor in a four-story slapdash brick building. That morning, she'd set up a blockade using a big wooden board, but it hadn't kept the water from seeping in. 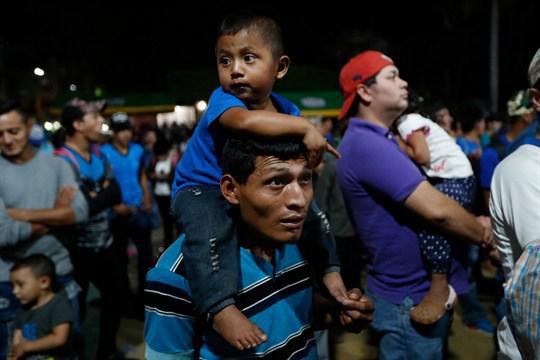 Cutting U.S. Aid to Central America Is No Way to Address Immigration

President Donald Trump announced late last month that he is cutting off $450 million in U.S. aid to Guatemala, Honduras and El Salvador, delivering on a previous threat amid news that another migrant caravan was forming in Central America. The move has drawn significant criticism, even from within Trump’s administration. The aid is largely used for social, economic and governance development programs that many consider to be an effective, long-term solution to underlying issues—such as violence, 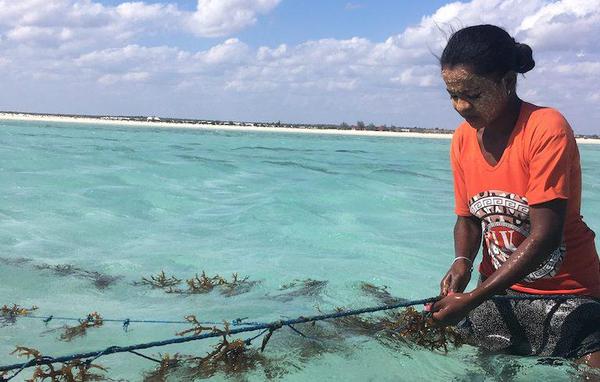 Aquaculture, the commercial farming of finfish like salmon, shellfish and seaweed, has exploded over the past 30 years, becoming a nearly $250-billion industry globally. More than half of all seafood now comes from farms, and that percentage is projected to rise if the human population expands, as expected, to 9.7 billion people over the next 30 years. However, environmental problems currently bedevil the aquaculture industry and a consensus on the most sustainable practices has yet to emerge. 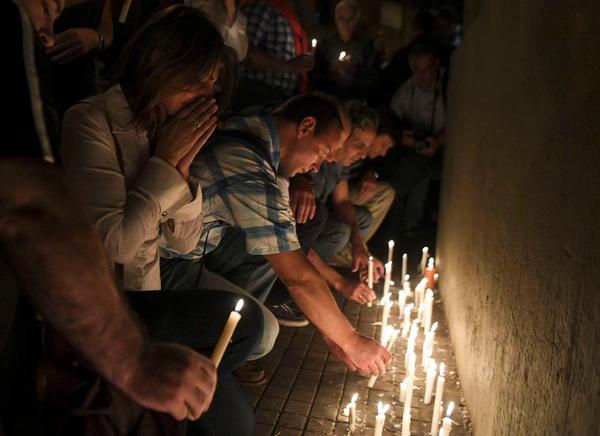 A small wooden work stool, carved with designs and painted or branded with initials, is the first project that students must complete when entering the prestigious Instituto Politecnico Superior here. They keep the stools through six years of arduous classes and beyond — a symbol of their progress but also of the bonds they develop with their classmates. Members of nearly every graduating class, whether from 2017 or decades past, come together at some point during the year to paint the stools a 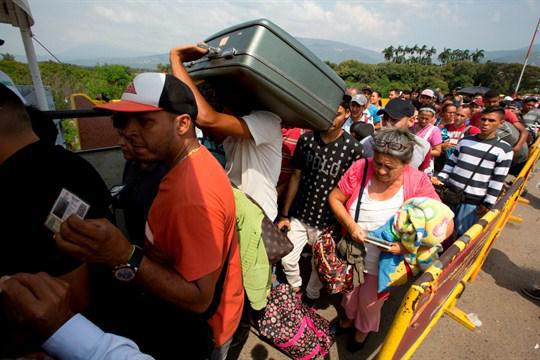 The exodus of refugees and migrants fleeing Venezuela—a crisis that has largely been undercovered—appears to be reaching a breaking point, as leaders across Latin America scramble to deal with the growing number of Venezuelans arriving at their borders each day. Representatives of 13 Latin American nations met in Quito, Ecuador, last week for a summit to address the problem head-on, while setting in place some regional strategies for helping the estimated 2.3 million people—7 percent of Venezuel 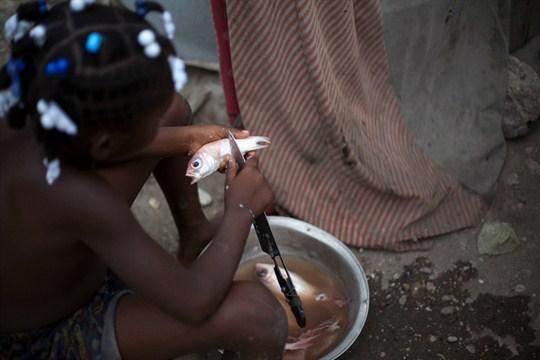 Editor’s Note: This article is part of an ongoing series on food security around the world. Over the past 30 years, as economies in the region developed and democratic gains were made, Latin America has undeniably seen major progress in the fight against hunger. Since 2000, the number of Latin Americans suffering from undernourishment has dropped from more than 60 million to 39 million. From Mexico to Argentina, leaders have felt optimistic. Compared to Africa and Asia, few places in the dev

Just Months Into His Second Stint as President, Chile’s Pinera Is Already Stumbling

Last week, Chile’s president, Sebastian Pinera, was at the White House for a meeting with President Donald Trump. During a photo-op in the oval office, Pinera held up a printout of the American flag. Outlining one white star and a pair of red and white stripes, he had managed to draw a smaller, Chilean flag inside of it. “Chile is at the heart of the United States,” Pinera explained, with a smile. “And the best proof of this: This is the American flag, and there is a Chilean flag right at the 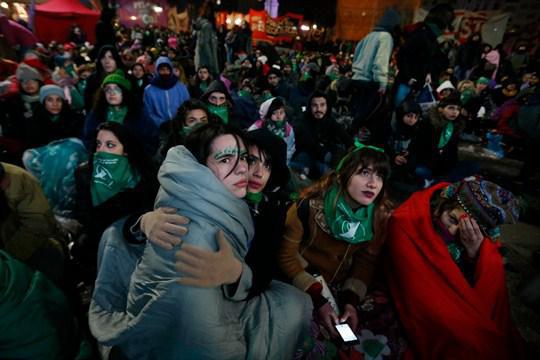 On June 13, members of the lower house of Argentina’s Congress held an all-night debate on a decisive bill that would legalize voluntary abortion through the first 14 weeks of a pregnancy. Over 11 hours into the debate, lawmaker Fernando Iglesias held up a world map color-coded with each country’s stance on abortion. It showed the United States, Australia and most of Europe and Asia in green, signifying pro-choice legislation. South America and Africa were mostly in red, or orange, representing 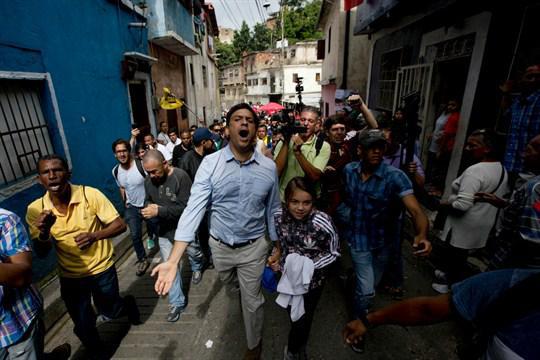 After months of delays, polling booths finally opened in Venezuela last Sunday for gubernatorial elections in each of the country’s 23 states. Accusations of fraud have already marred the results, as candidates backed by President Nicolas Maduro and his regime won an overwhelming majority of seats despite poor polling numbers that pointed to an opposition victory. Candidates with the opposition coalition have demanded an electoral audit in every state, citing cases of voter intimidation, repe 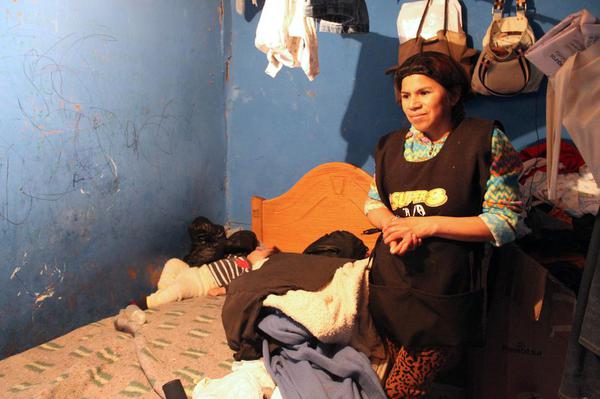 Affluent Chile draws migrants but it's no picnic for them

Affluent Chile draws migrants but it's no picnic for them SANTIAGO, Chile — With six children and two on the way, Rosemary Tello does not have much space left in the single room she rents in a downtown apartment alongside other Peruvian immigrants here. The landlord built Tello a loft to create more space that she lined wall-to-wall with beds, leaving the common area for her to prepare potatoes and chicken to sell on the corner. Chile has become more attractive to working immigrants elsewhere 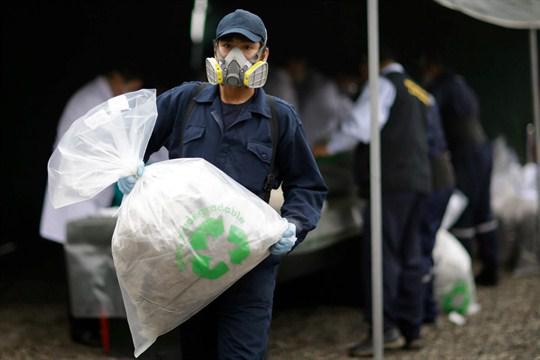 Cocaine Production Is Spiking in Peru and Bolivia, and It Could Keep Going Up

The international fight against drug trafficking continues to go poorly in South America’s Andean region, and signs suggest it won’t be improving anytime soon. New figures released this month by the United States show that Peru and Bolivia have stalled, if not taken steps backward, in their attempts to eradicate prolific cocaine production within their borders. Last year, Peru’s production of pure cocaine reached a 25-year high. Nearly 500 metric tons were produced in the country, a 20-percen 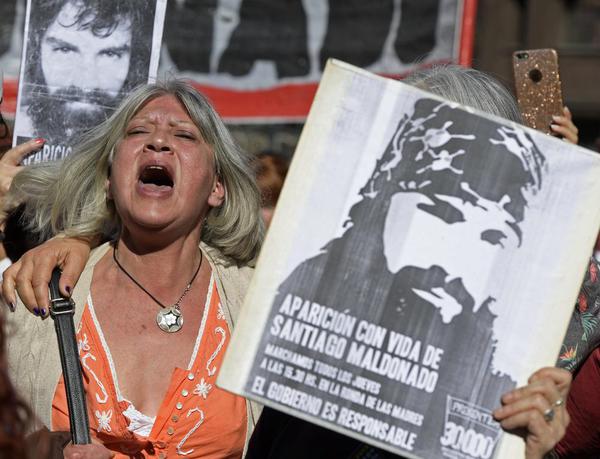 Where in the world is Santiago Maldonado? Argentina obsessed with activist's disappearance

Where in the world is Santiago Maldonado? Argentina obsessed with activist's disappearance BUENOS AIRES — For two months, a shaggy, solemn face has been plastered on the front pages of Argentina's newspapers, printed on T-shirts and spray-painted on murals across the country, all with the same line of text “Where is Santiago Maldonado?” The 28-year-old activist went missing on Aug. 1 during a protest for indigenous rights in Patagonia on the southern tip of South America. Law enforcement offic
Close ✕